5 cinemas in the Latin quarter for cinema lovers

Why are there so many cinemas in the Latin Quarter?

The Latin Quarter does not quite correspond to a district: it straddles the 5th and 6th arrondissements, which covers almost entirely. A historical district of universities since the creation of the Sorbonne in 1250, it remains still today the beating heart of Paris’ student life.

As of the 1960s, several movie theaters were opened in the Latin Quarter, adding to the historic halls of cinema lovers, some open since the beginning of the 20th century. In the intellectual turmoil that follows May 68, cinema is no longer seen simply as entertainment, but as a real art and often as a way of observing society and making it change, surfing on the prestige of the New Wave.

Cinema arthouse, cinema of author, committed cinema: the Latin Quarter, epicenter of the bohemian intellectual and artistic center asks for more. Not to mention the fact, much more prosaic, that students have free time between classes - or when they skip a class...

So, let's take the path of schoolchildren and go for a walk in the dark rooms, discover on the big screen what is the soul of the Latin Quarter! 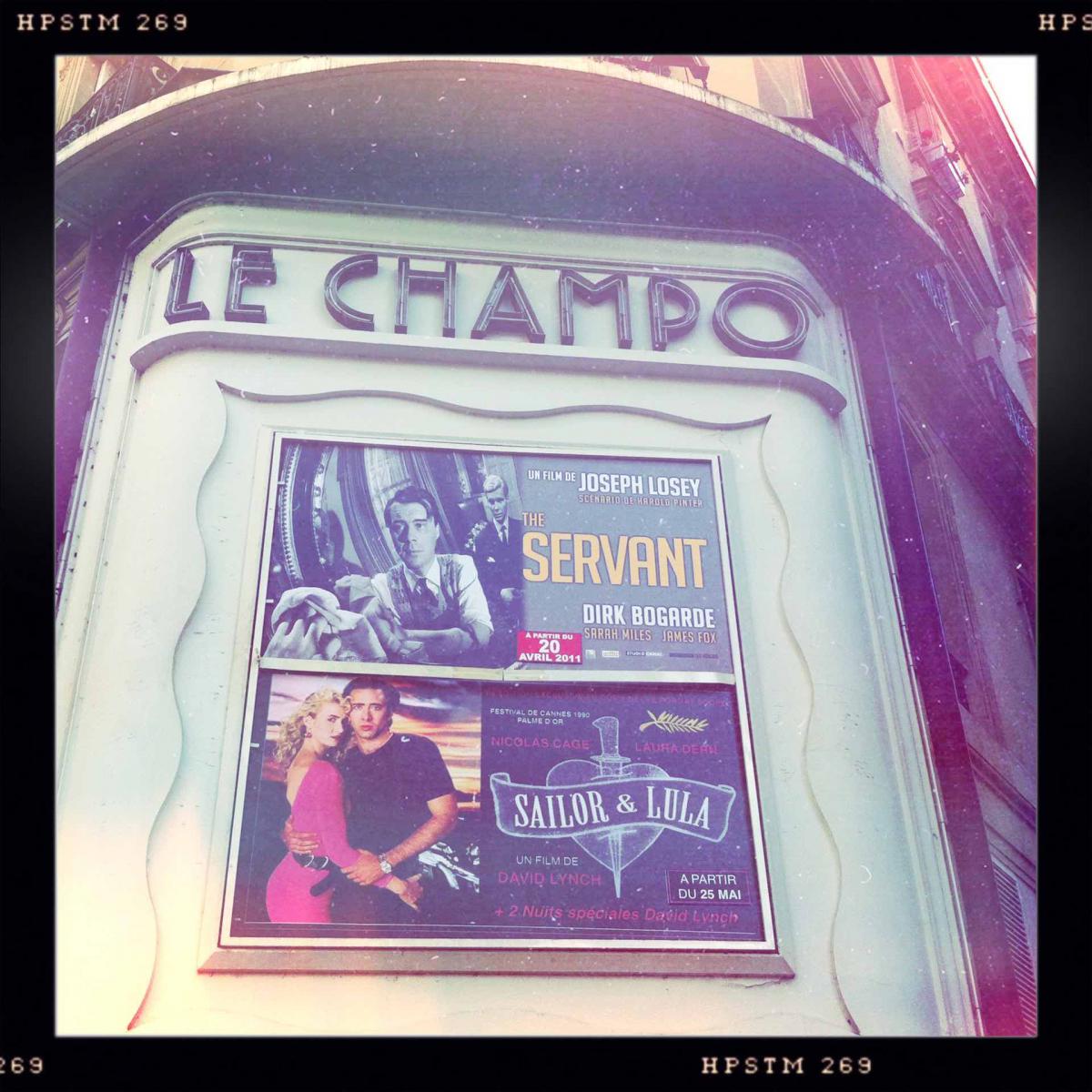 The Champo, proudly standing at the corner of rue Champollion and rue des Ecoles, needs no further presentation. Open since 1938, it survived a fire and was threatened with closure before a massive mobilization saved it. The Paris City Council has made the cinema and its original facade, dating from 1938, be classified as a historic monument for their protection.

The fire of 1941 has also been the site of an ingenious invention: the "retro-reflex", which uses a periscope to project the image on a mirror reflected on the screen. This process, which makes it possible to project films even in very small rooms, is perhaps at the origin of the "reflection" that one finds in the name of another cinema of the street Champollion, the Reflet Medici, and in the name of the Ciné Reflet bookshop, today reincarnated into the library of cinema of the Pantheon.

Champo is the cinema of filmmakers, the temple of the New Wave: François Truffaut admitted having spent whole days there. He is not the only one to have frequented this small cinema that quickly became Saint of the Saints of the 7th art: Lelouch, Godard, Chabrol were regulars.

Champo is fond of major retrospective cycles devoted to an author or a movement and organizes "Champo nights", in which films around the same theme are broadcasted continuously from midnight until dawn. 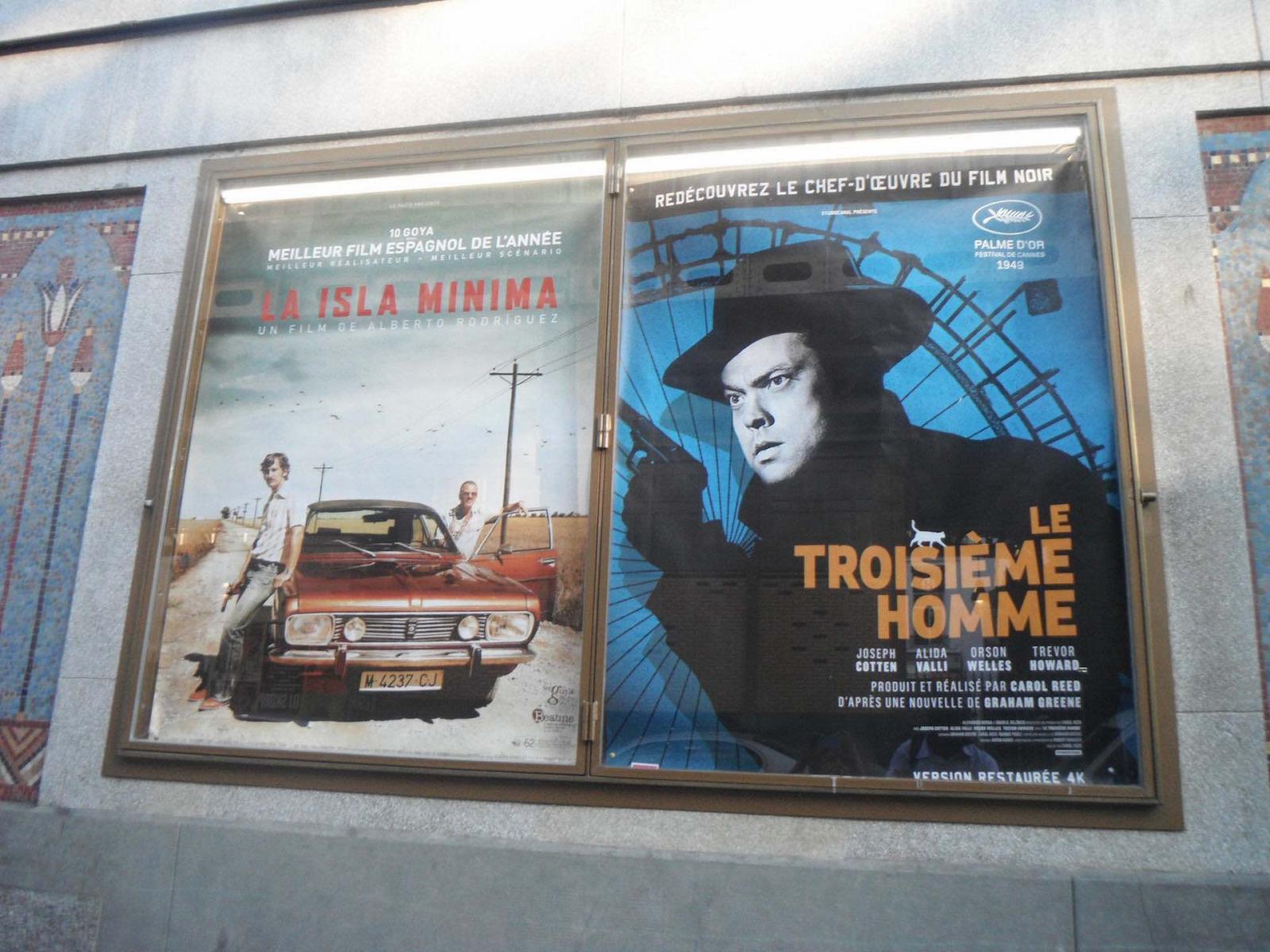 The Filmothèque of the Quartier Latin

It is rumored that Quentin Tarantino would come on pilgrimage to the Filmothèque of the Latin Quarter every time he goes to Paris ... The American director must have the gift of disguise, because its large size does not facilitate the incognito!

In its two intimate rooms, under the sign of Marilyn Monroe and Audrey Hepburn, we come to revel in typical screenings of the neighborhood of intellectuals: films of authors, retrospectives of great directors, festivals of less known cinemas, Turkish cinema, Kurdish cinema, Hungarian, Lebanese, Finnish or Ukrainian. Eclecticism is the watchword, with a great variety of eras and genres. But attentions to the latecomers: do not think to arrive quietly during the advertisements, because there is none at the Film Library! 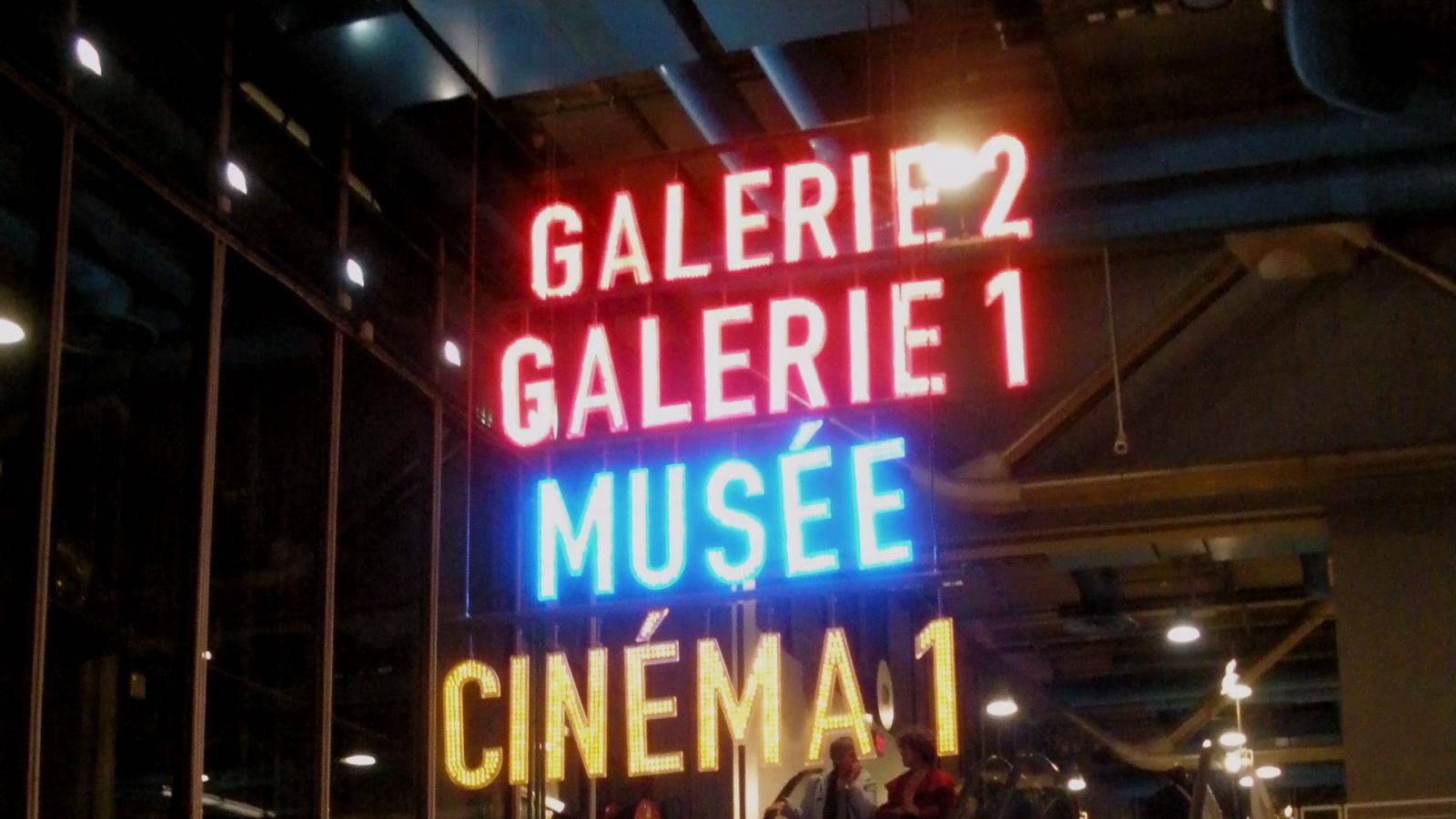 Former theater, the Reflet Medicis opened in 1964, making it one of the oldest cinemas in the Latin Quarter. It is, like the Champo and the Filmothèque, located rue Champollion, so it has also become the den of students of the Sorbonne, who come to kill the time between two courses. The cinema has three rooms: in the room Medici 3, do not miss the multicolored stained-glass window, which dates from the time when the Reflet Medici was still the Theater of the Night owls.

As it is of rigor in an art room, the films are presented in their original language, and there are special retrospectives devoted to the great directors, not to mention the debates and meetings with directors and teams. The Reflet Medici also hosts several festivals: Polish Film Festival, Cineril Festival, Film Festival - Human Rights with Amnesty International. When the Cannes Film Festival ends each year, we find at Reflet Médicis the selection Un certain regard, which allows to discover directors still little known.

Opposite, the Reflet is a simple and friendly student cafe. Before or after a session, we come to Reflet recapture with the world and sip a beer, like any self-respecting Parisian student!

Here too, everything is done to encourage long, crazy conversations between film fans: The Les Affiches bar-restaurant owes its "fifties" stamp to the frescoes and cinema photos, and its name to the original posters that are part of the cinema collection.

Finally, the Club is a cozy space hidden in the depths of the basement: it welcomes meetings between moviegoers and film people, during debates, for film screenings during filming or short films.

On the other side of the Montagne Sainte-Geneviève, the cinema La Clef is not in the orbit of the Sorbonne, but remains well anchored in the Latin Quarter: The University of the Sorbonne-Nouvelle is nearby, on the street Censier.

The Key has an original story. It may be the neighborhood's most "Mai 68" cinema: created in 1969, it is attended by students from the brand-new university that has just opened. During the 1970s, independent film and film screenings followed, but the room languished during the 1980s. In the 1990s, it was taken over by an African filmmaker under the name Images d'Ailleurs, to promote all the wealth of African and Afro-American cinema, which France then discovers the effervescence.

Today, La Clef is the only associative cinema in Paris and has kept its spirit committed, by broadcasting films from around the world, especially those that are very difficult to see elsewhere or that reflect the social and environmental issues of the contemporary world.