It cannot be any more typical to discover the bubbling heart of a city by diving into the neighborhood markets. The Parisians are particularly attached to this legacy of Old Paris, and walk every weekend through the alleys of the 82 food markets of the capital. To live an authentic Parisian experience, follow our guide to the discovery of the most convivial or remarkable spots!

In the heart of the 12th arrondissement, the Aligre market, set in the middle of a charming square surrounded by cafés and shops, is reputable. A few years ago it was one of the cheapest markets in Paris but now it has been "classy-fied" recently but remains a genuine and abundant market. Stalls of local fruits and vegetables of different provenance and market antiques come together, for the happiness of a varied clientele coming from the 4 corners of the capital. As soon as the sun appears, the surrounding terraces fill up, adding to the friendliness of the place. 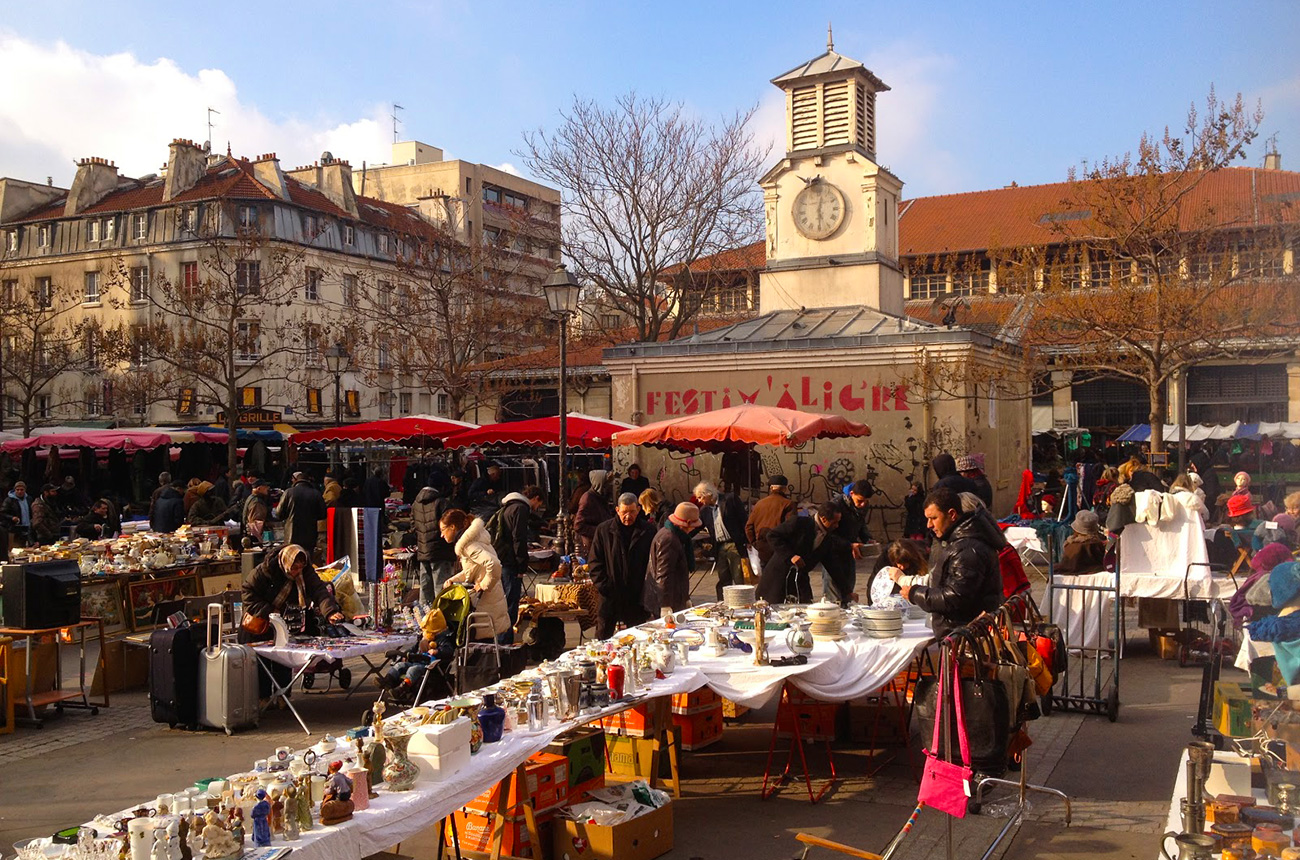 The best value in Paris for this market where all cultures and nationalities come together. Next to first-class stands of good quality and impeccable freshness, we also find a lot of second-class products, the unsolds of Rungis, at prices that are unbeatable. At the end of the market, the prices are intensly reduced, in an electric and friendly atmosphere. 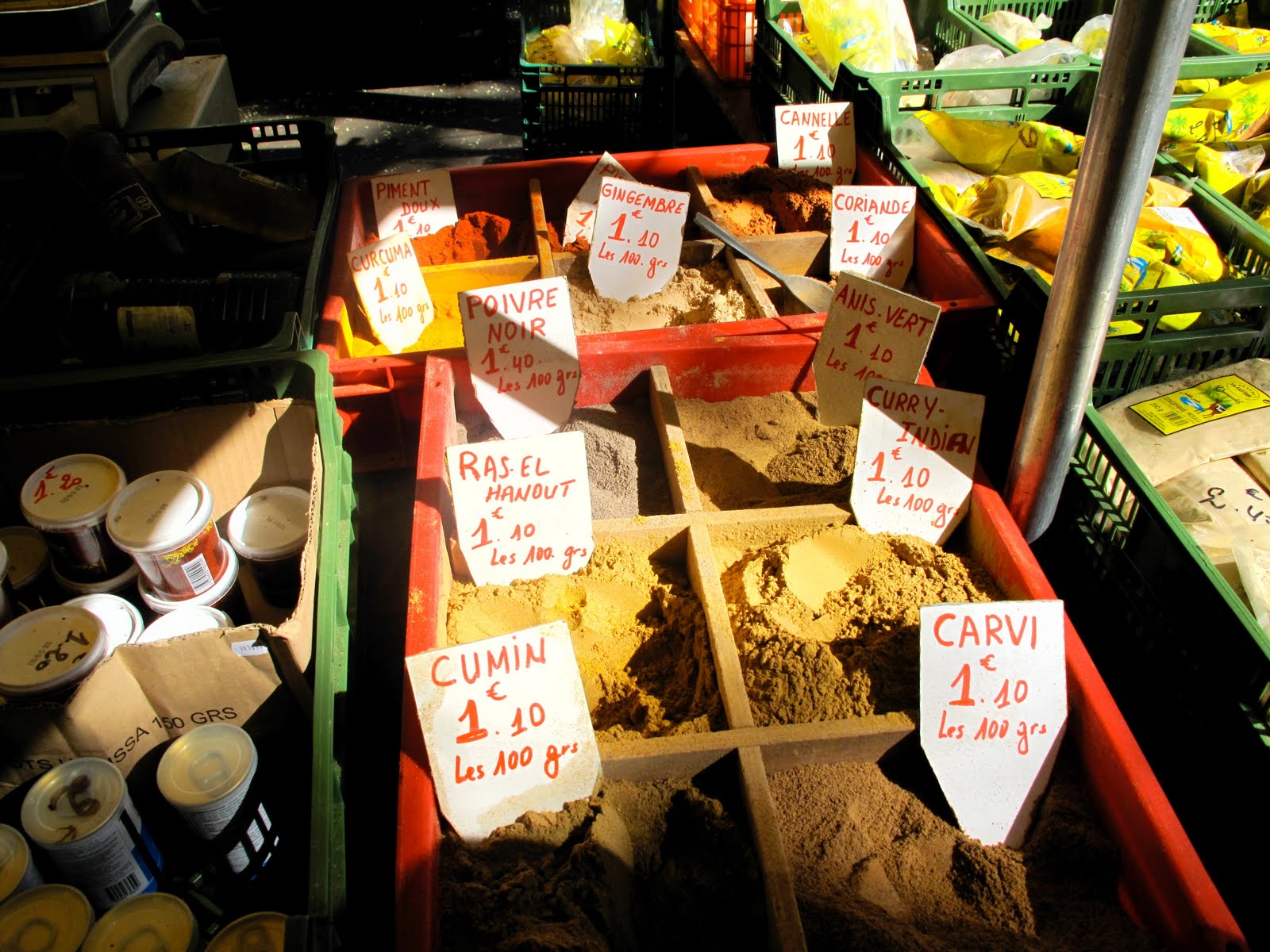 It is under the aerial metro where this large market is installed, the cheapest of Paris, whose motto could be "1 euro per kilo! ". Result: the atmosphere is more crowded to stroll in than the market i.e.; The atmosphere is frenetic; Agoraphobes abstain. We leave a bit bruised due to pushing and feet stepping, certainly, but with three bags full for 15 euros. A multi-ethnic capital of the capital!

The marché de Barbès – Boulevard de la Chapelle, 75018 Paris – Metro: Barbes-Rochechouart – Open on Wednesday from 7h to 14h30 and on Saturday from 7h to 15h 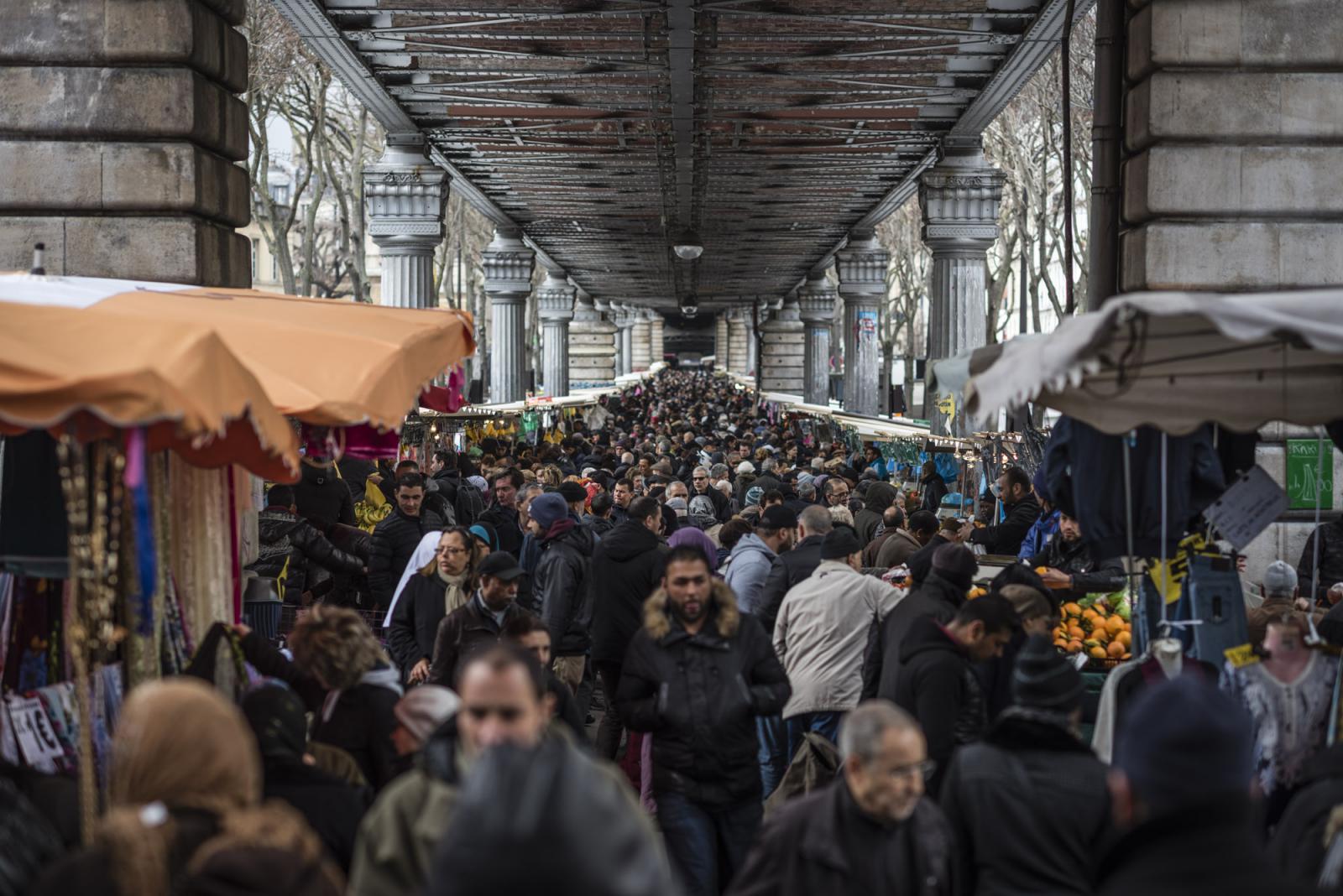 The Marché des Batignolles, in the honor of Organic

The market of Batignolles is the benchmark of ecologists and followers of organic items. This large market has a special charm with its wide selection of fruits and vegetables and its merchants who interact with their regular customers. A bit of militancy and a lot of advice brought by these very nature traders. We talk about sprouted seeds, vegetable milks and gluten-free bread, and the more daring will test a juice of freshly pressed herbs. At the Batignolles, it's organic, it's good, and it's expensive! The quality, and the trend, undoubtedly have a price... 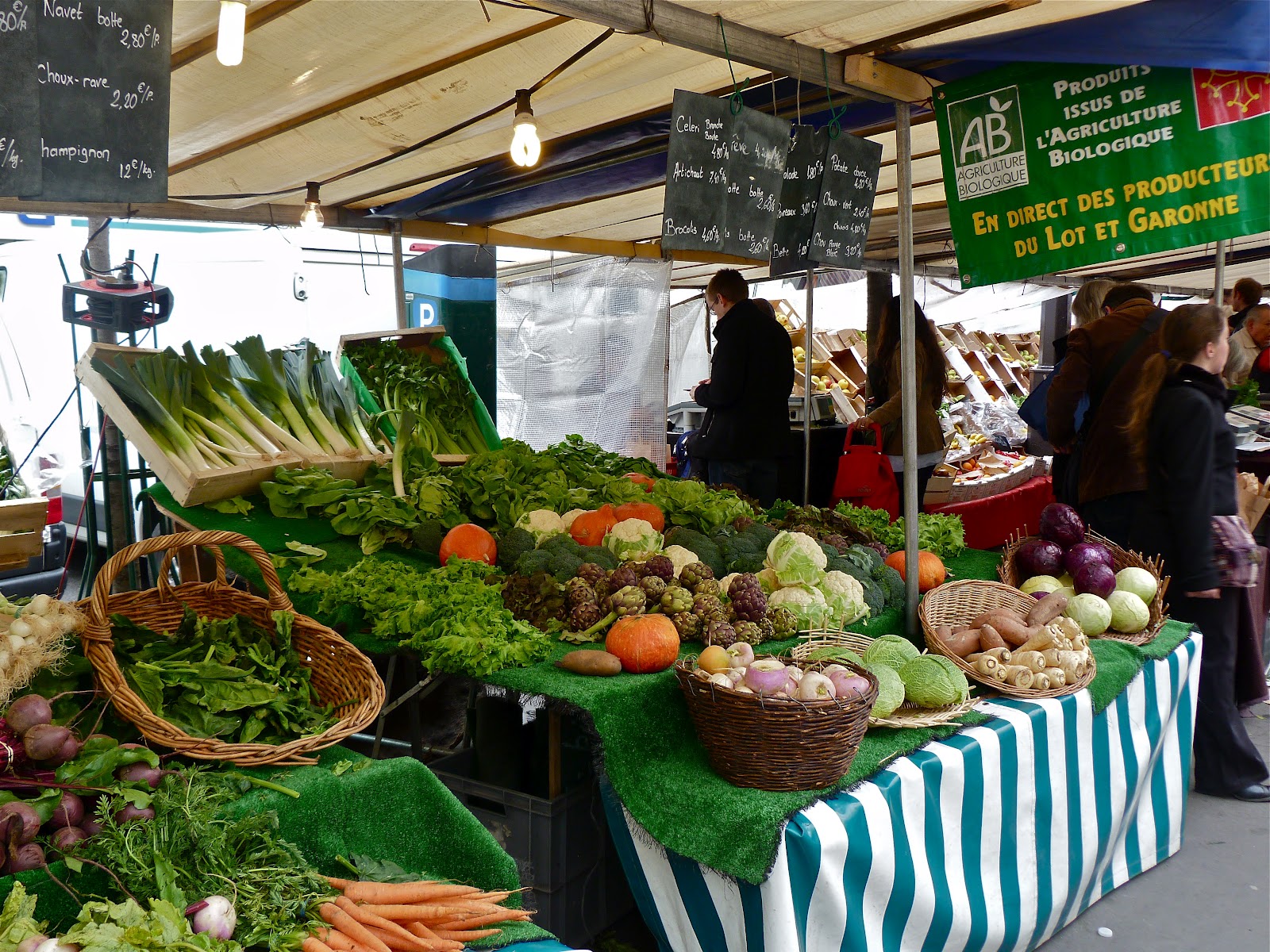 The Marché des enfants rouges, the oldest in Paris

In a quiet corner of the Marais district, you will find the oldest food market in Paris, the Enfants Rouges. The market was founded in 1629 and was named in honor of children from the orphanage, who were dressed in red uniforms. Today, we find fresh food, but also and above all stands of cooked dishes from the 4 corners of the world. A gigantic open-air dance hall, you can sit here with your family or friends to taste Moroccan, Japanese, Lebanese, Chinese or Caribbean dishes. Success obliged, it is necessary to arrive early to find a table... 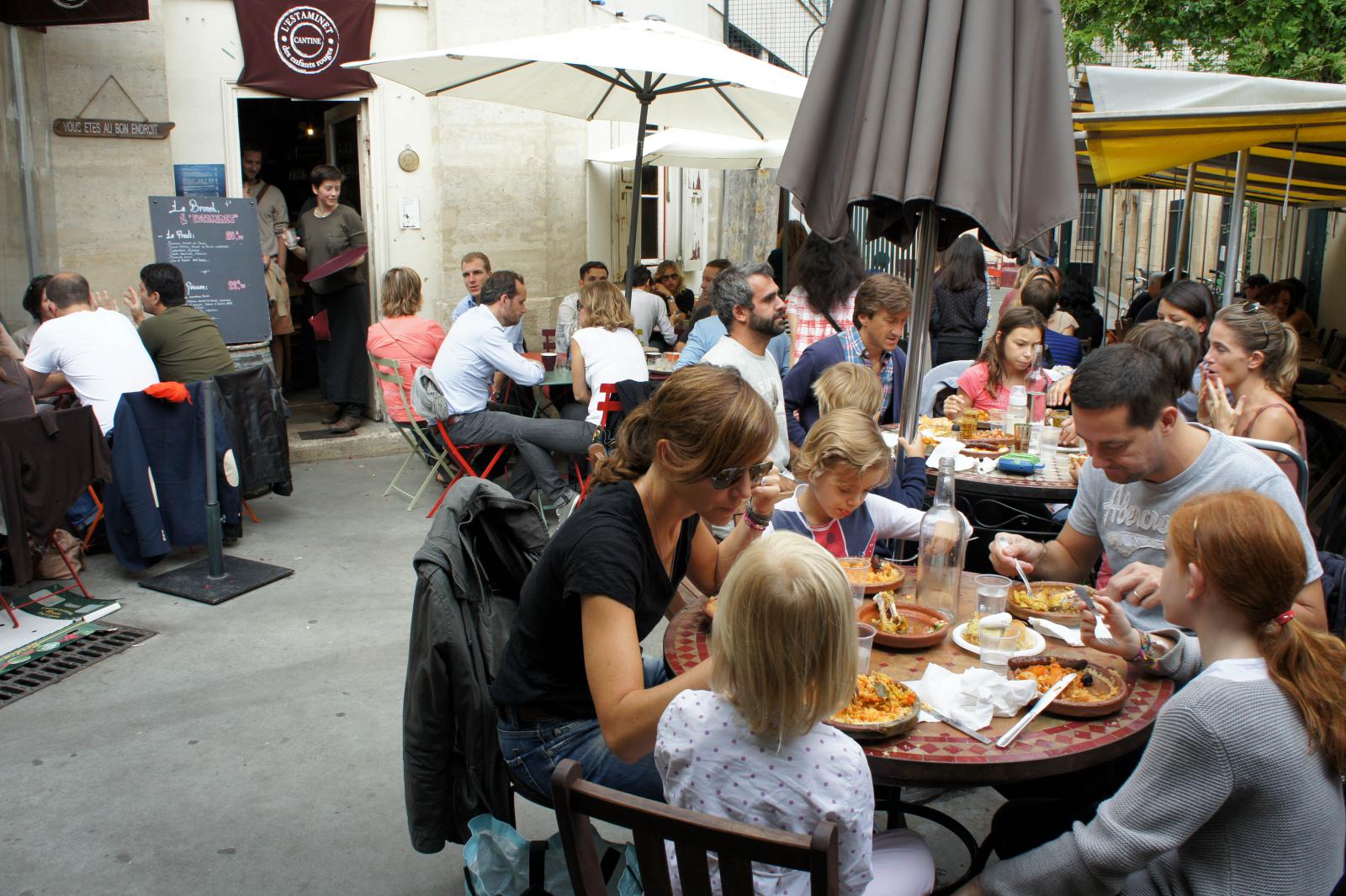 The Marché Saxe-Breteuil, The most beautiful view

This magnificent market which stretches along the Avenue de Saxe offers a superb view of the Eiffel Tower. Very pleasant, not too crowded and with a wide choice, this market offers high quality products, at prices adequate to the chic of the neighborhood and the clientele. A beautiful walk very close to the Champ de Mars. 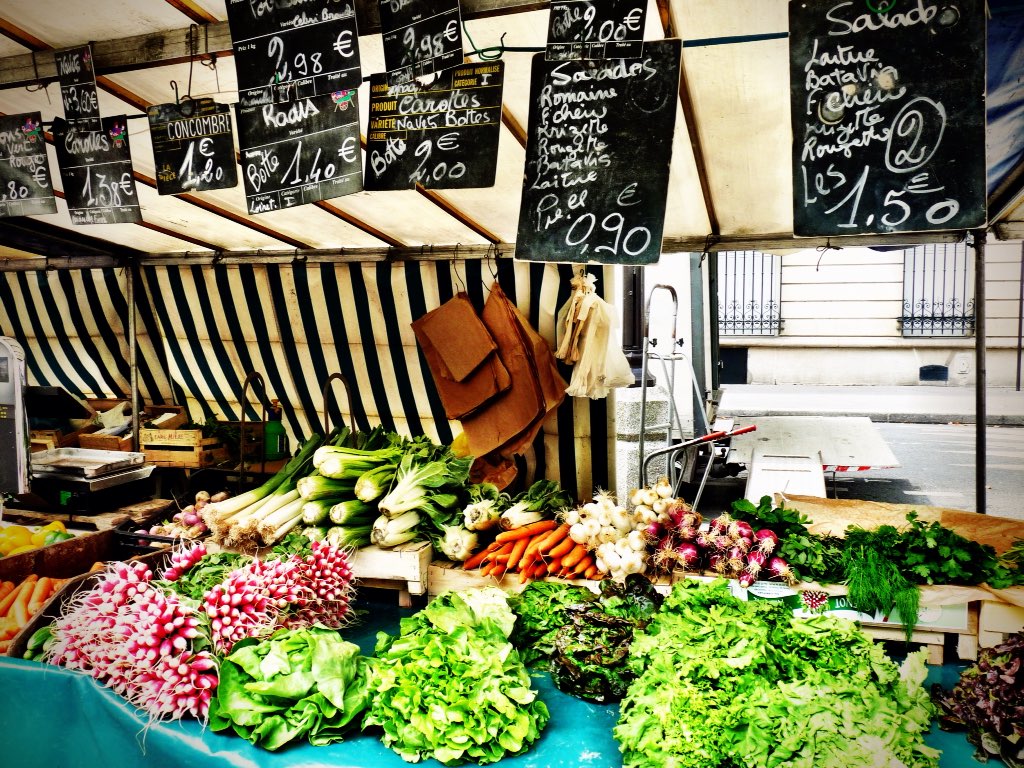 Organic, again more organic, and especially fashionable, 2 steps from the Bon Marché, the most exclusive department store in the capital. The Raspail market is the best known, oldest and most classical organic market in Paris. And also one of the most expensive, but the products offered are of excellent quality, Whether you are looking for food, beauty products or maintenance products, everything here is guaranteed GMO free, pesticide free and not tested on animals. 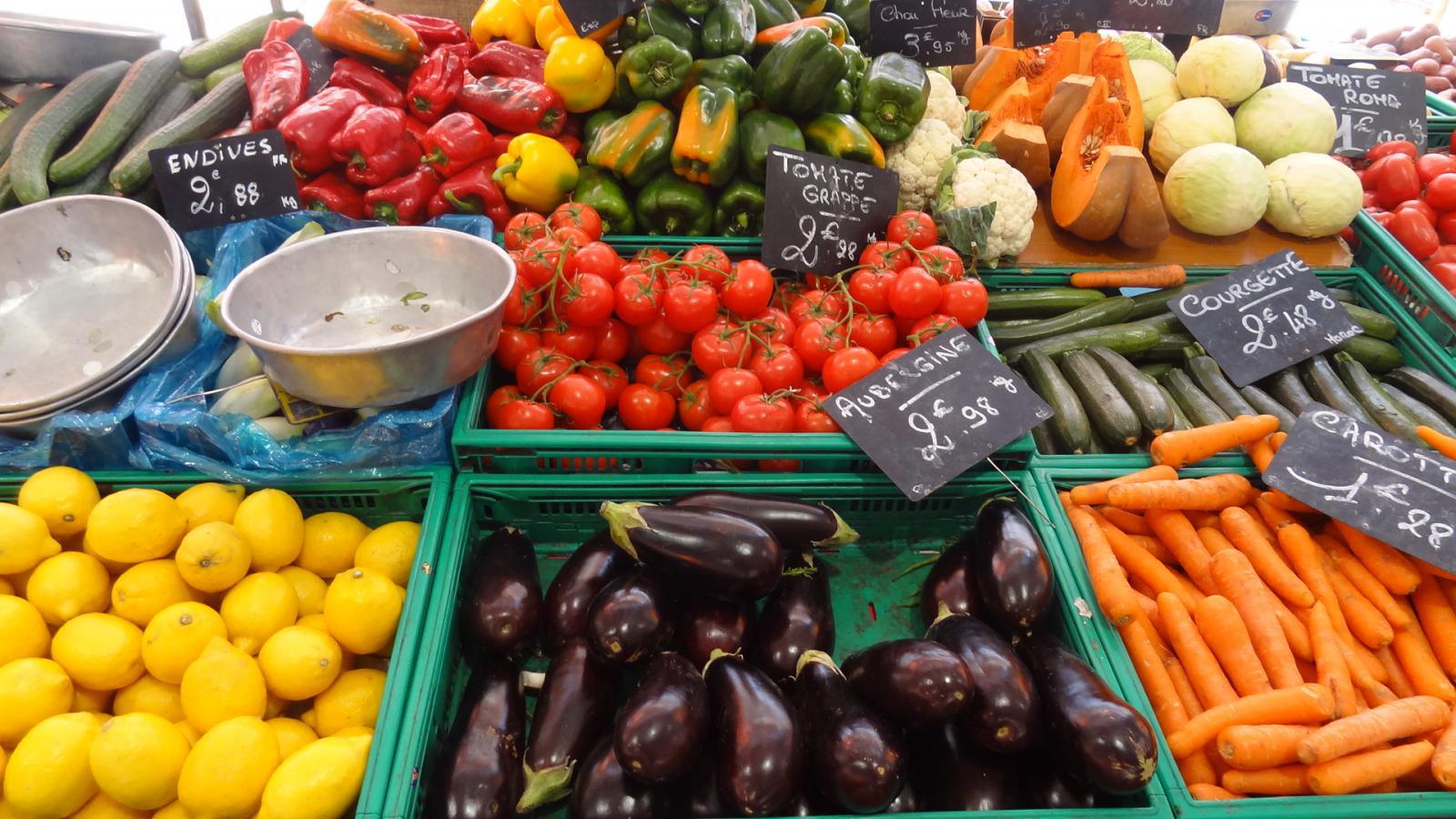 Clothing, antiques, vintage objects ... you can find everything in this flea market, among the most famous in the world. Enthusiasts of antique hunting and passionates of flea markets will find their happiness in Saint-Ouen, between small affordable rooms and monuments of design. Porcelain, musical instruments, antique linens, design icons, bird cages, military uniforms, diversity is well there on 7 hectares and 1300 shops on the market. An appreciable thing, the salesmen are quite discreet and let you look around in peace. 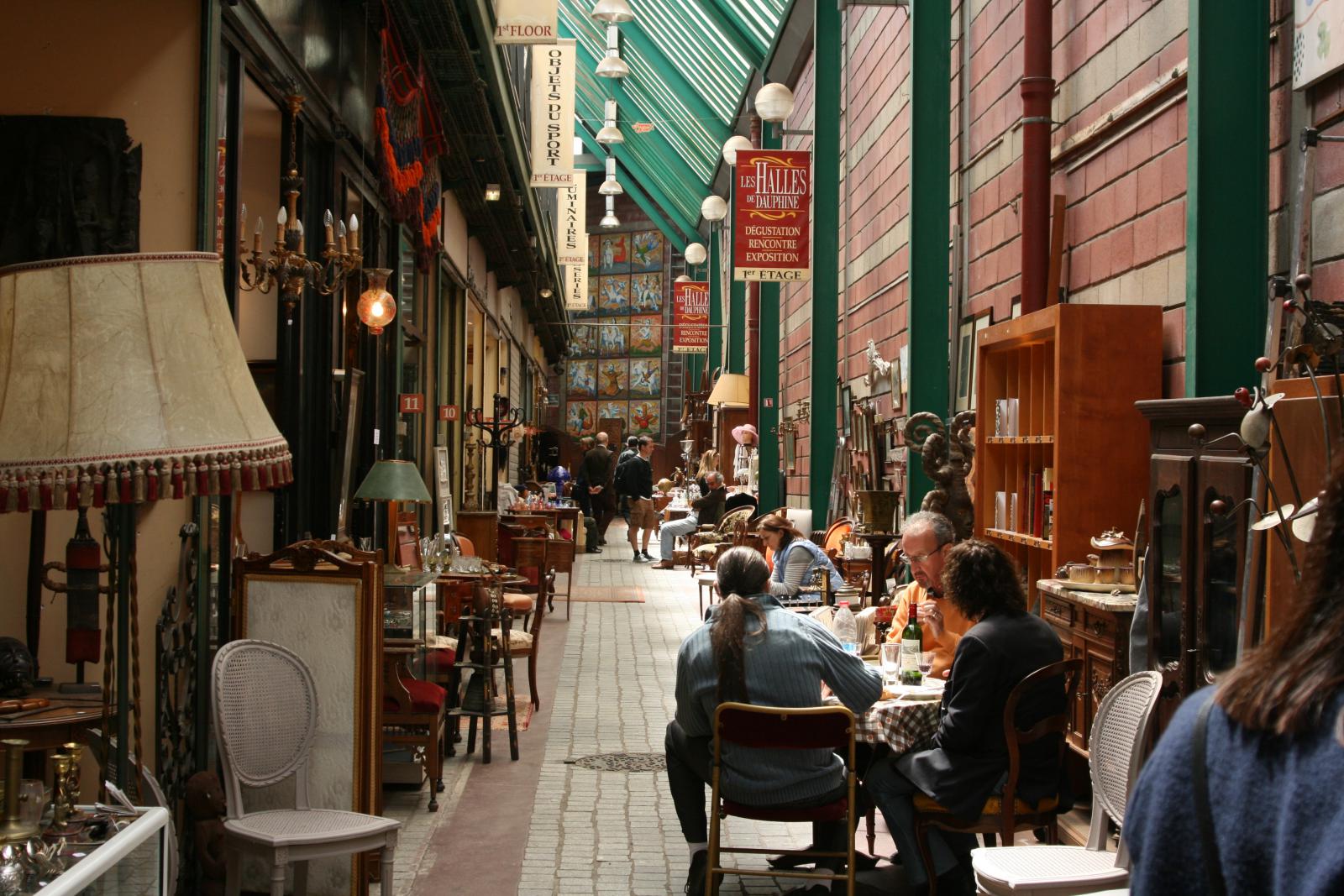 The Marché Saint-Pierre, The temple of fabric

It's not a market, but it's just like one, and it bears the name. The market Saint Pierre, on the Montmartre hill, is the temple of fabric. Of all the materials, all the colors, at all prices, small creative hands and famous designers invest this store of 6 floors to find inspiration and get to work. 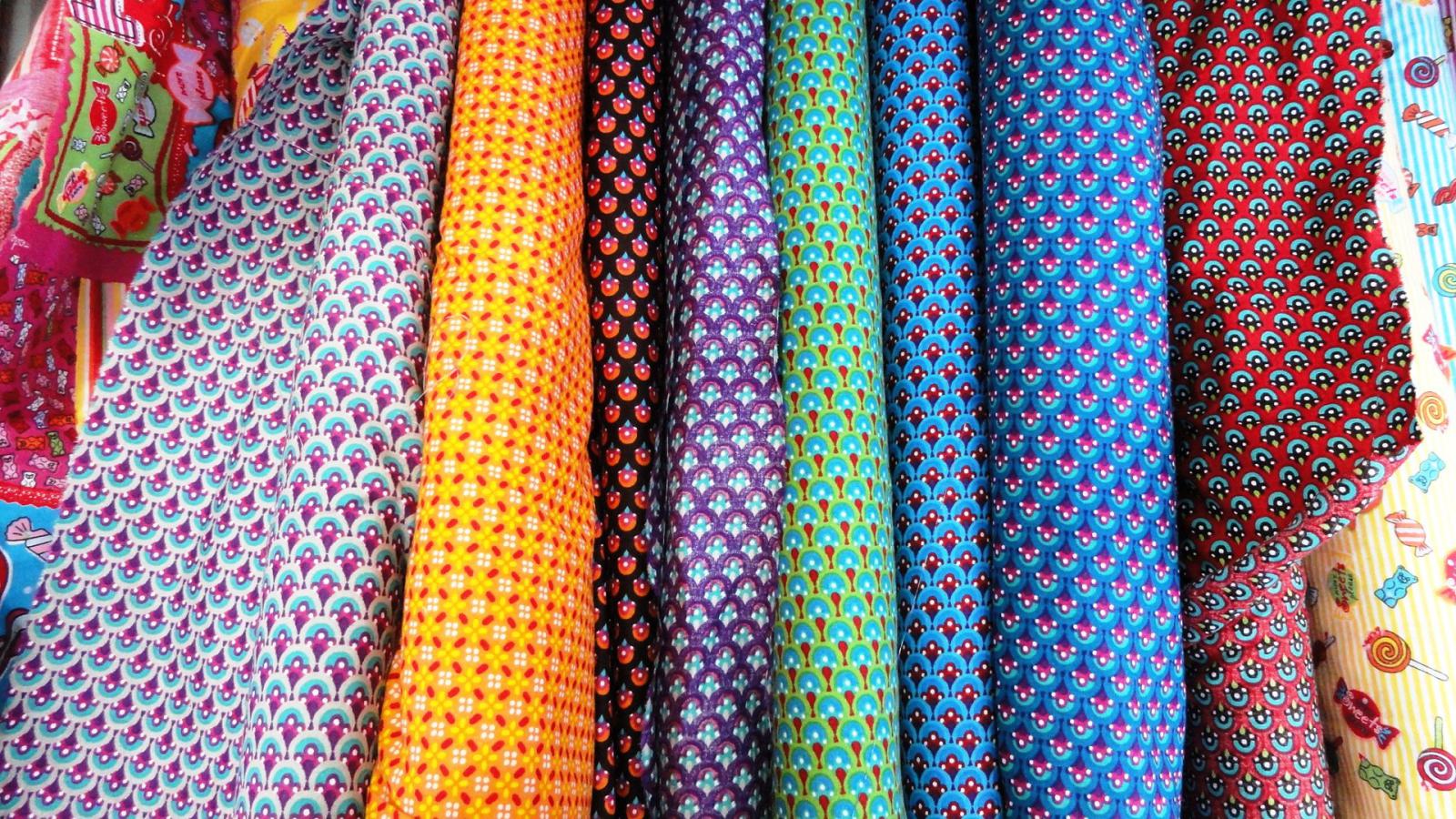 In the heart of the Ile de la Cité, 2 steps away from Notre-Dame de Paris, an island of poetry and sweetness ... The market consists of two large buildings and dozens of small stands, in which roses, orchids, Lilies, tulips, bulbs, bird cages and books on gardening are sold by enthusiasts. If the market is accessible every day, the salesmen of the stands are there only on Sundays. They sell pigeons, parakeets and many other exotic birds. 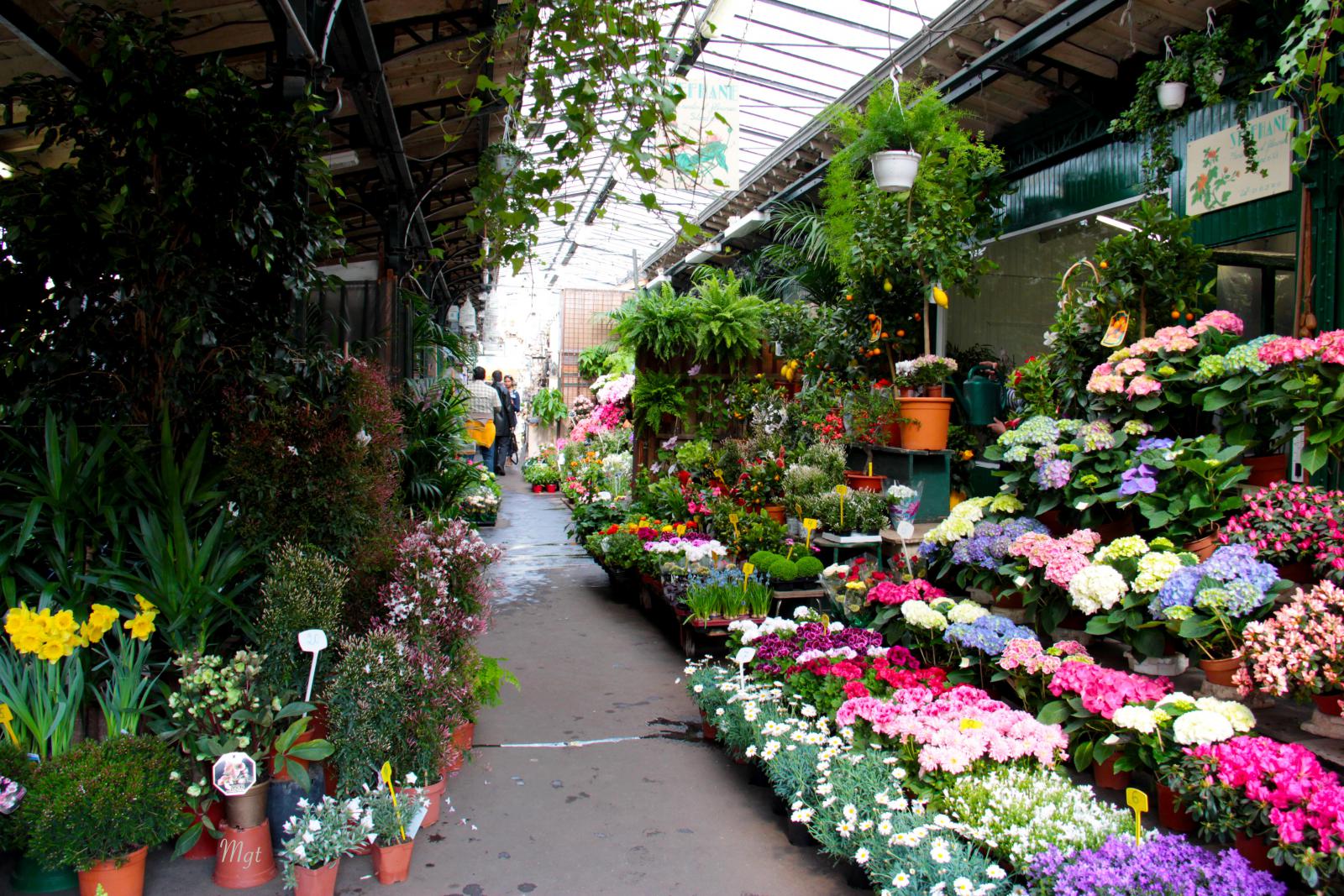