See the paintings of the Impressionists in Paris

The Impressionists have marked the history of art, not only in France, but around the world. At the end of the 19th century, many young painters were tired of the boring classicism of teaching at the Ecole des Beaux-Arts in Paris, and invented a new way of looking. Inspired by the latest scientific developments, especially in optics, they want to recreate the effects of light, the shimmer of water, the diffraction of sunlight, the way the leaves of a tree produce a speckled shadow, so characteristic.

To represent reality as our reason conceives it seems to them to be of little interest. What they want is the immediacy of the visual sensation, the way the luminous reflections touch the eye. Similar to the digital pixels, the color spots that the impressionists have on their canvases reconstitute an image in a way even closer to reality. Touch by touch, emerges an impression closer to our experience, that of a bright afternoon when dazzled by the shimmering water, when the dark shadow that the leaves of trees make on the floor shows us unexpected tones, blue or green.

A greenish reflection on the cheek of a girl?! Scandal! And yet, it is the reality of our visual perception. 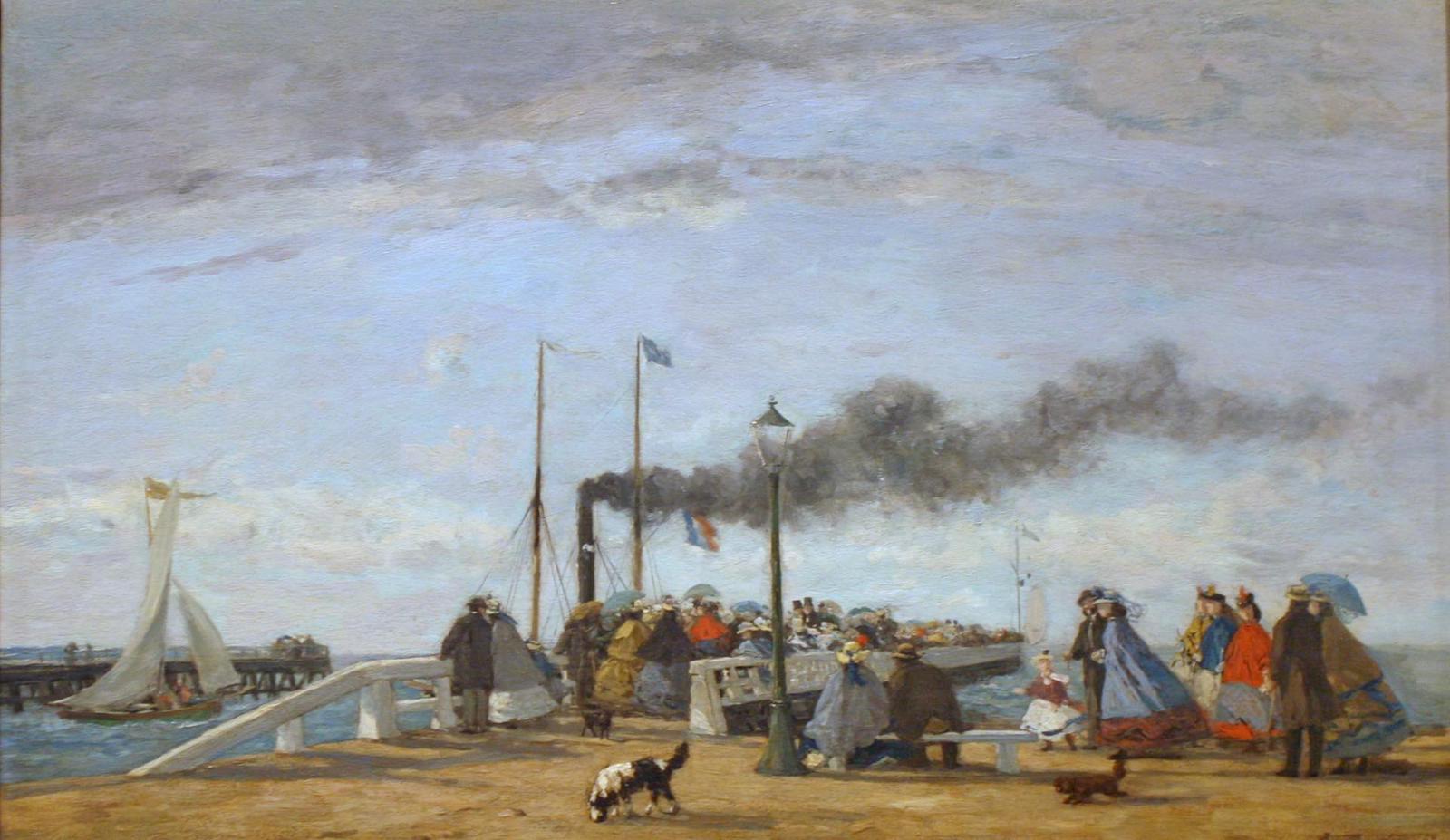 The painting that Claude Monet calls "Impression: Rising Sun" gives the movement its official name. After being repeatedly refused at the Salon Officiel, the Impressionists will eventually win. The public does not fool in front of what it takes for laziness or dilettantism: the colored spots thrown on the canvas in haste, the paintings made in a few hours in the open air, as long as the light is beautiful, instead of being conceived, realized and finished in the studio, the themes drawn from everyday life and not from ancient mythology, everything is new and rout of spectators who had been accustomed to more classicism.

Today, the impressionists hold their revenge: admired throughout the world, their paintings adorn the least of memories, coffee mugs, t-shirts, fridge magnets and keychains. Yet far from the adulterated reproductions, one can admire in Paris many paintings of this movement which revolutionized the history of art. Let's take a tour of the three main museums that house today the masterpieces of Impressionism in Paris. 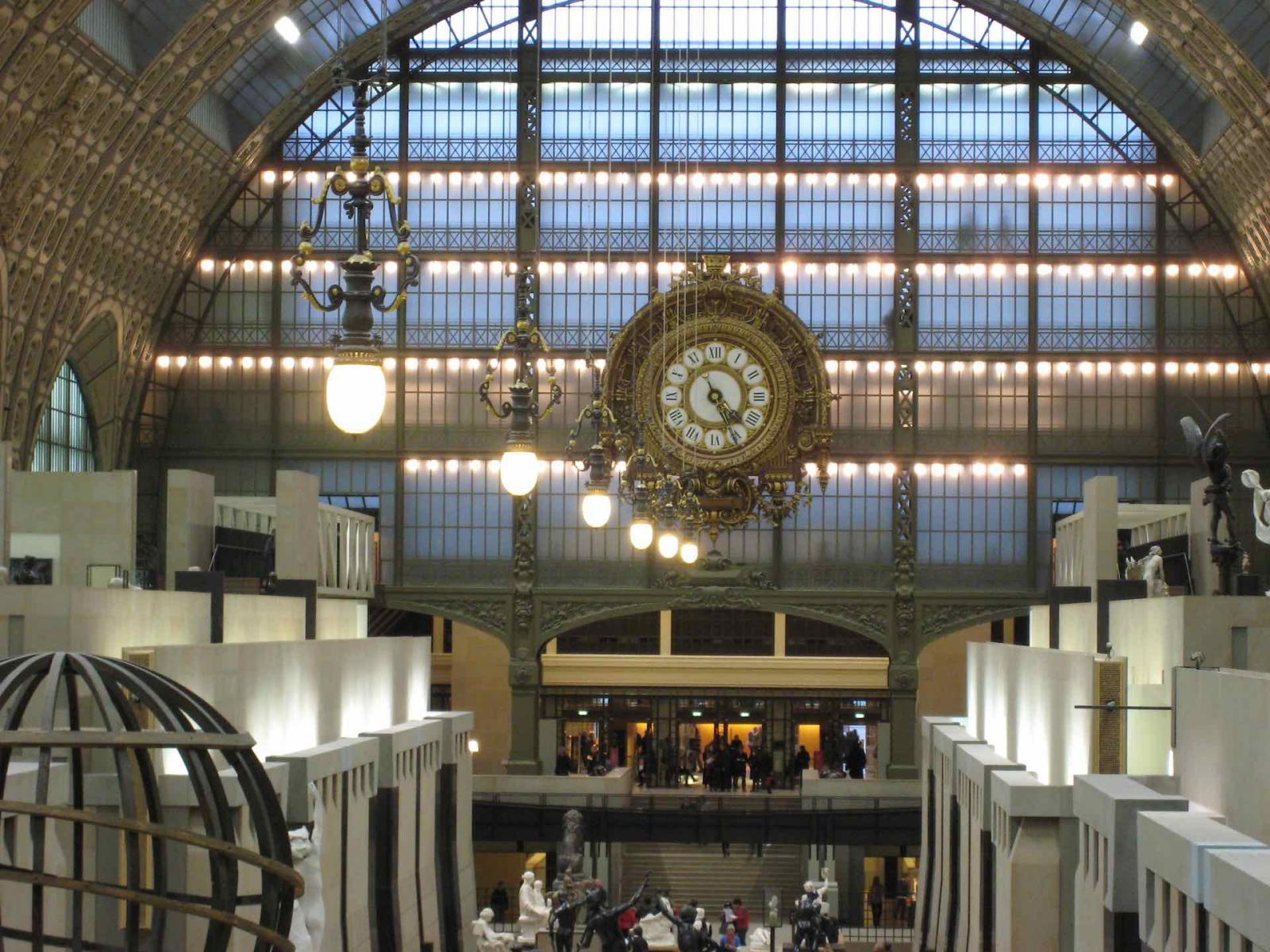 See the paintings of the Impressionists in Paris: Le Musée d'Orsay

The museum occupies a choice place, on the banks of the Seine, in the former Orsay train station, a magnificent building built for the Universal Exhibition of Paris in 1900.

It brings together an impressive collection, paintings of course, photography, sculpture, decorative arts, graphic arts ... It is in Orsay that we find many famous paintings of Impressionism, such as the floor scrapers, Gustave Caillebotte, The Card Players of Paul Cézanne, The Willows at the Water's Edge by Camille Corot, as well as several Courbet and Degas, to name but a few. Van Gogh's bedroom in Arles is also there, as well as La Méridienne and the Church of Auvers sur Oise.

In other words, the museum is a must for anyone who loves paintings, including paintings of the second half of the 19th century, in France and Europe. It is better to take your time, and have breaks in the cafe or museum shop. A thorough visit can easily fill the day!

Musée d'Orsay - opens every day except Monday from 9:30 to 18h, Thursday until 21:45 - 1, rue de la Legion d'Honneur, 75007 - metro 12 Solferino, RER C Musée d'Orsay - entrance 12 € Reduced price 9 € - attention, keep your ticket: it entitles you to the reduced rate within eight days of the visit to the museum Gustave Moreau, the Palais Garnier and the museum Jean-Jacques Henner. 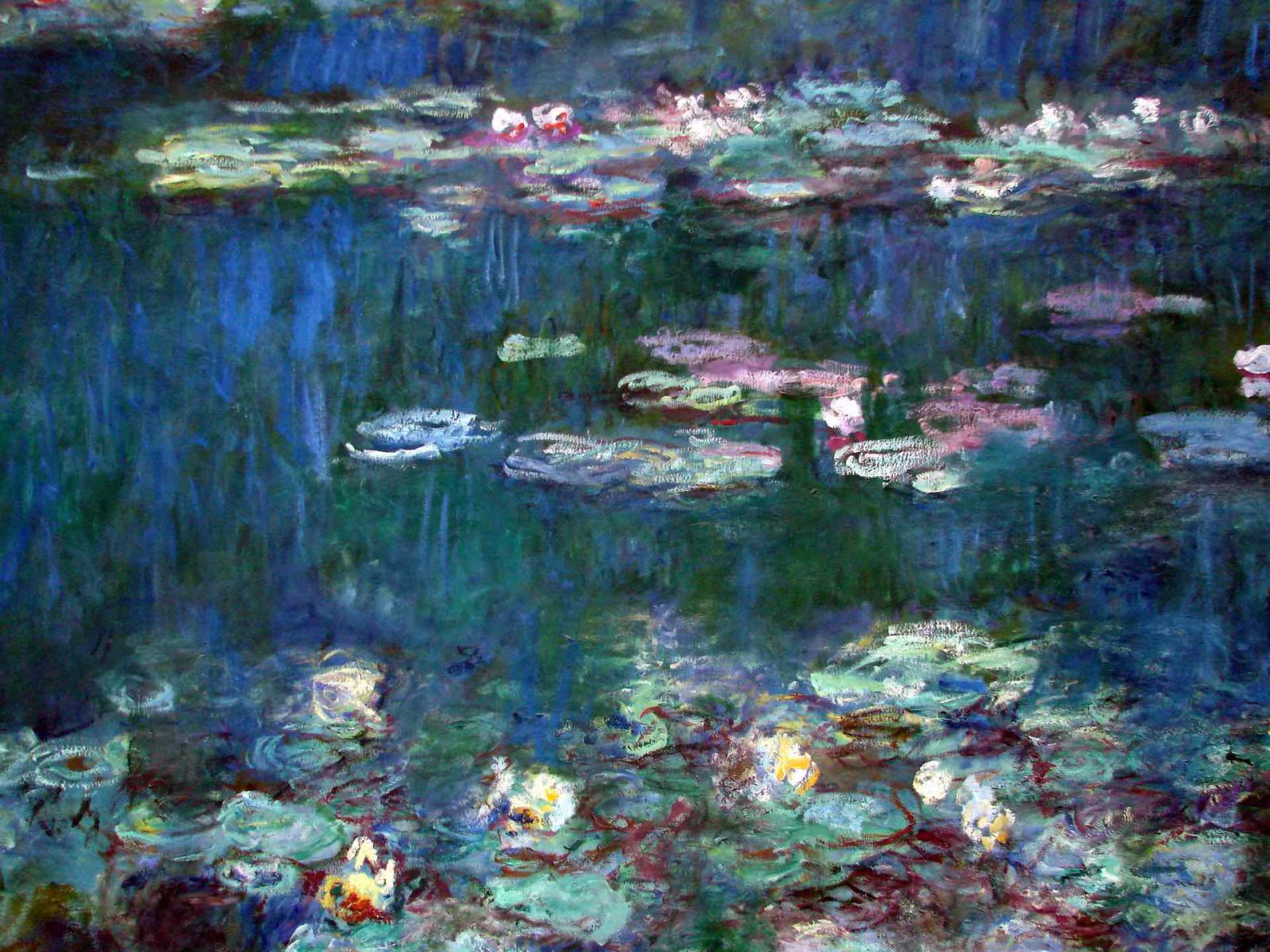 One comes to the Orangery first to see the centerpiece: the gigantic fresco of Claude Monet's water lilies. For more than thirty years, Claude Monet tirelessly painted reflections of the water lily pond in his Giverny property. The result is more than 250 paintings, of which the monumental frescoes of the Orangery Museum which are the most famous. Spread over two oval rooms lit by a glass roof, they represent the pond through the day and the four seasons. They offer a moment of meditation and unparalleled beauty.

The museum also houses a rich collection from the late 19th and early 20th century: Cézanne, Gauguin, Marie Laurencin, Matisse, Modigliani, Chaim Soutine and Picasso live side by side.

This exceptional exhibition presents a large canvas of Water Lilies exhibited in New York in 1955 and the creations of the New York abstract school, including works by Pollock and Rothko.
The Cruel Tales of Paula Rego

Paula Rego left her native Portugal as a teenager to move to London. At the Slade School of Arts, she meets Francis Bacon, Lucian Freud, Frank Auerbach and David Hockney. In uncompromising paintings, she depicts squeaky and cruel scenes that evoke power struggles and the feminine condition. 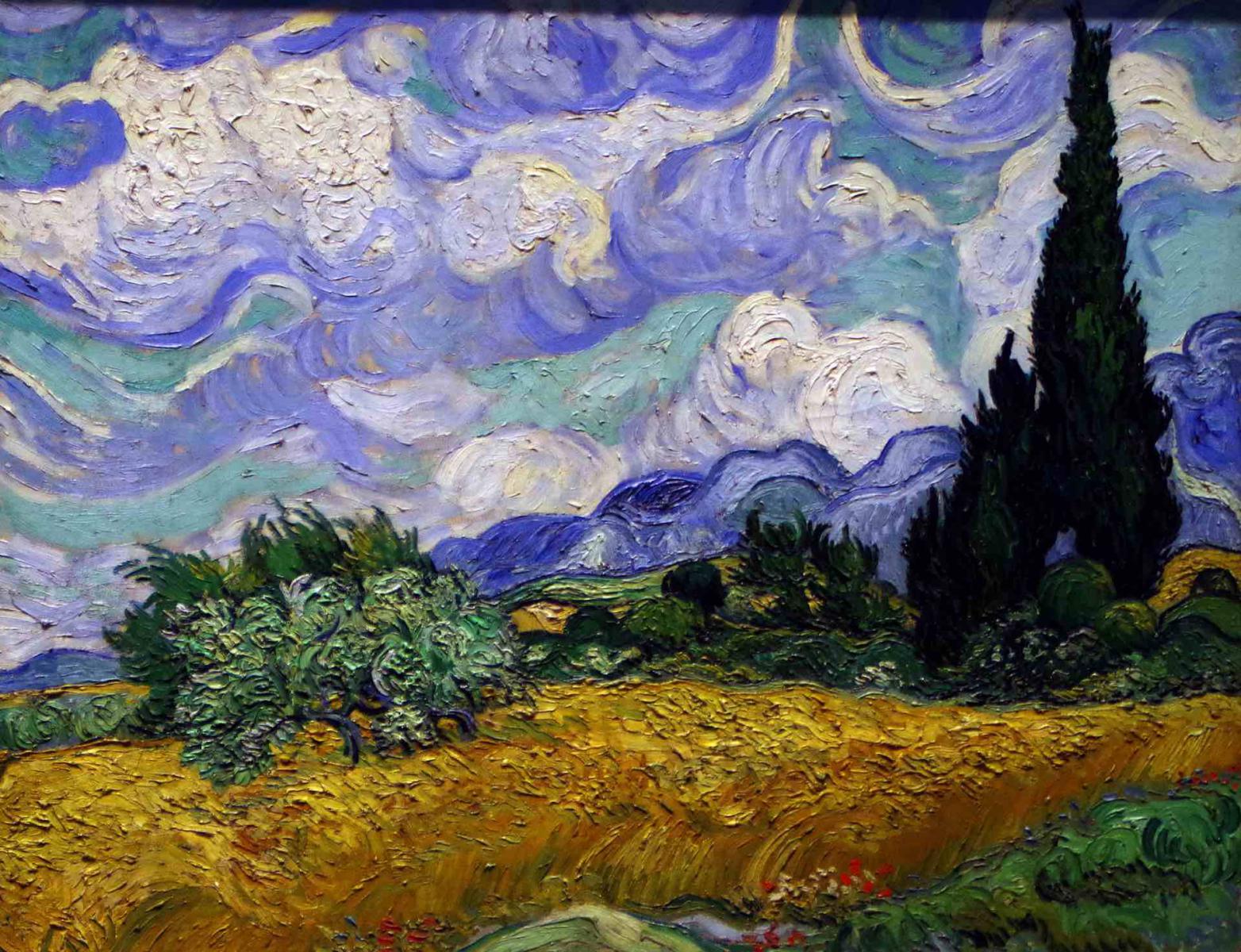 The Musée d'Orsay may receive the lion's share of the visits, but the Marmottan-Monet museum has a very rich collection of impressionist art, built up little by little, with illustrious donations: the "doctor's daughter" "Impressionists", Georges de Bellio, and the second son of Claude Monet, bequeathed the collections of their fathers, and this base has been enriched over the years.

The museum is also home to some of the most beautiful ancient illuminations, the Georges Wildenstein collection, as well as the collection of paintings and objects from the First Empire that belonged to the museum's founder, Paul Marmottan (who, by the way, hated the Impressionists, apparently...).

To discover the temporary exhibitions of the Marmottan Museum, visit the website, on the pages "Exhibition in progress" and "Exhibition to come"

Corot, the painter and his models

Until July 8, 201
The famous landscapes of Camille Corot reminds us that he was also a great portraitist. In his paintings, he represents fashionable characters or modest anonymous, with always a lot of modernity. This exhibition brings together about sixty paintings from public and private collections from all over Europe (Zurich, Lyon, Madrid ...) and the United States (Washington, New York).

This exceptional exhibition will bring together about sixty works usually invisible to the public, lent by private collectors. This is a rare opportunity to see for the first-time paintings by the greatest names in Impressionism and Fauvism, such as Monet, Degas, Caillebotte, Renoir, Rodin, Camille Claudel, Seurat, Signac, Emile Bernard, Gauguin, Van Gogh, Redon, Vuillard, Bonnard, Derain, Vlaminck or Matisse.