Versailles is one of the destinations not to be missed under any circumstances when visiting Paris. Voila, the castle is huge, beautiful, and its history may seem like too much ... but how to enjoy the visit without getting overwhelmed?

For example, what would you say about going on a treasure hunt? Here are four representative objects of Versailles, with their history. Can you find them in the galleries of the castle?

Versailles is very, very, very popular with tourists ... It will take patience to queue at the ticket office, unless you buy your tickets online here. Remember, however, that you can rely on HomeTown to organize an excursion to Versailles with a guided tour. In this case, goodbye long queues!

The Château itself is open every day except Mondays, from 9am to 6.30pm in high season. The Petit Trianon and the Galerie des Carrosses are open in the afternoon only, from noon to 5.30 pm.

It is recommended to avoid Tuesdays and weekends when there is a crowd. You can also consult the calendar of the castle to see the forecast of affluence.

You can go to Versailles by public transport, several solutions for this:

A forewarning, all of these options, except the bus, require to finish the journey on foot (between 10 to 20 minutes walk from the station). There is also a shuttle, Versailles Express, which goes directly to the Palace of Versailles. The shuttle departs from Quai Bourdonnais, near the Eiffel Tower.

Once you have passed the golden gates of the Castle, here are the four objects to find! 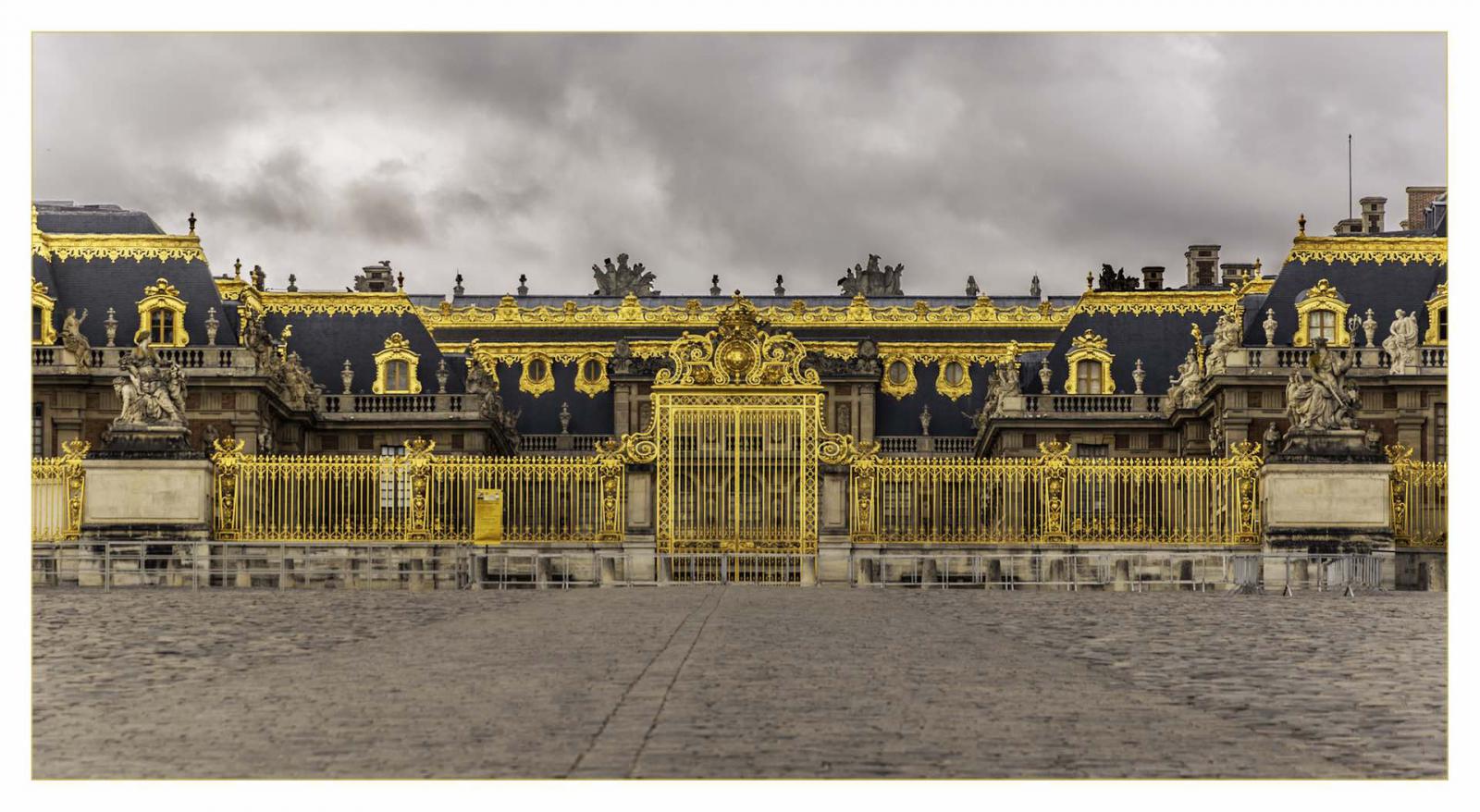 In 1725, the weak health of Louis XV worries a lot: what will become of the crown of France if he dies without an heir? When he falls sick again, his entourage panics and looks for a wife of age to give him children. After complex court intrigue, it is Marie Leszczynska, Princess of Poland, who is chosen. She is seven years older than her future husband.

This is a default choice: the princess was first eliminated from the ranking because her lineage was not prestigious enough, but it is finally chosen because it does not threaten any party at the court of Versailles. She has no support at court, where she finds herself isolated. She will give ten children to Louis XV, including eight girls; only one son survives.
Very pious, rather shy, she finds it hard to find her place in Versailles because she lacks a lot of talent - she does not master French "lightness".

To find this portrait, go to the Victoire apartment! This portrait really pleased the Queen, who had several copies made of it. She is modestly represented in city clothes, with nothing to show her status as queen. 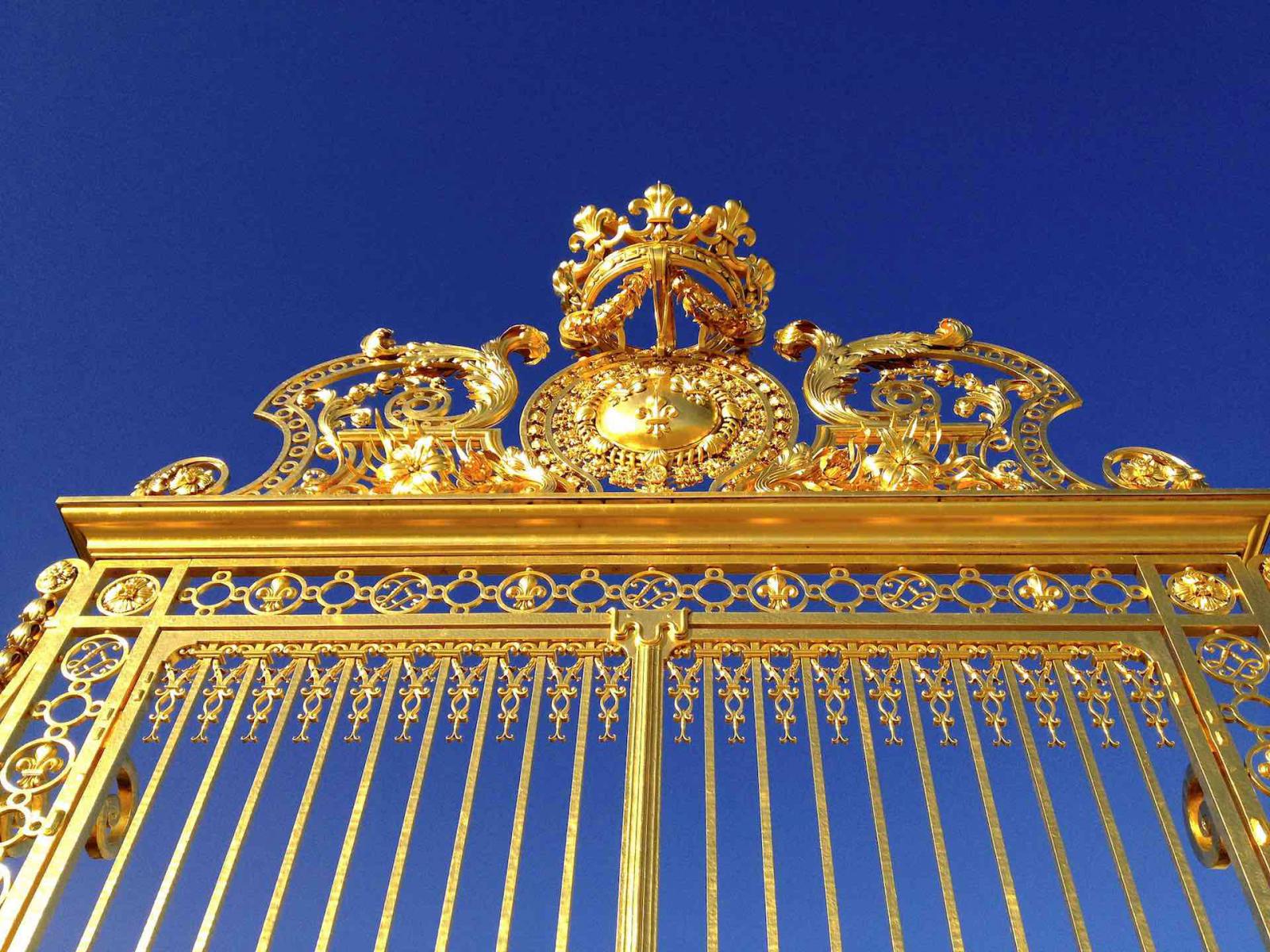 In 1706, the watchmaker Antoine Morand presents the king with an exceptional clock that he himself made. To please Louis XIV, Morand represented the king in panache: when the clock rings the hour, two putti strike the gilded metal, and the king appears, to be crowned by the goddess of Fame. The clock is mounted on a box of fine marquetry.
Like many objects of the Palace of Versailles, the clock experienced many vicissitudes at the time of the Revolution. A revolutionary watchmaker removes the royal arms to replace them with Republican emblems and makes the clock the "Pendulum of Liberty". It was bought by Louis XVIII and returned to Versailles in 1819. Step 2 of the treasure hunt: you will find the clock in the Salon de Mercure.

Do not miss the Astronomical Clock, a clockwork jewel with an exquisite precision. It is exposed in the cabinet of the Pendulum.

Candelabrum  « of the American Independence»

This candlestick represents a trend firmly rooted in the courts of Europe at the time: objects that celebrate or commemorate a special occasion, with many symbols. For the third stage of the treasure hunt, you will find this candelabrum in the King's Inner Cabinet, its original location.
The candlestick was created in 1784, to celebrate the victory of Yorktown (1781). We find the animals and elements that symbolize the various protagonists of the battle, delicately carved in bronze: leopards, roosters, mermaids and ships.

The Siege of Yorktown is a turning point in the American War of Independence, which pitted the British armies against the American insurgent forces. These fought with the support and reinforcement of the French. While, on the American side, the Duke of Rochambeau and General Washington decide to march to New York, on the English side Lord Cornwallis leads his troops to refuel at Yorktown.

Rochambeau decides to change strategy and march to Yorktown to fight Cornwallis, without informing Washington. The bet is risky, but the British soldiers are much less numerous, and weakened by malaria. With the reinforcement of the French fleet wetting in the Chesapeake Bay, the American victory is assured, and the English surrender on October 19, 1781. 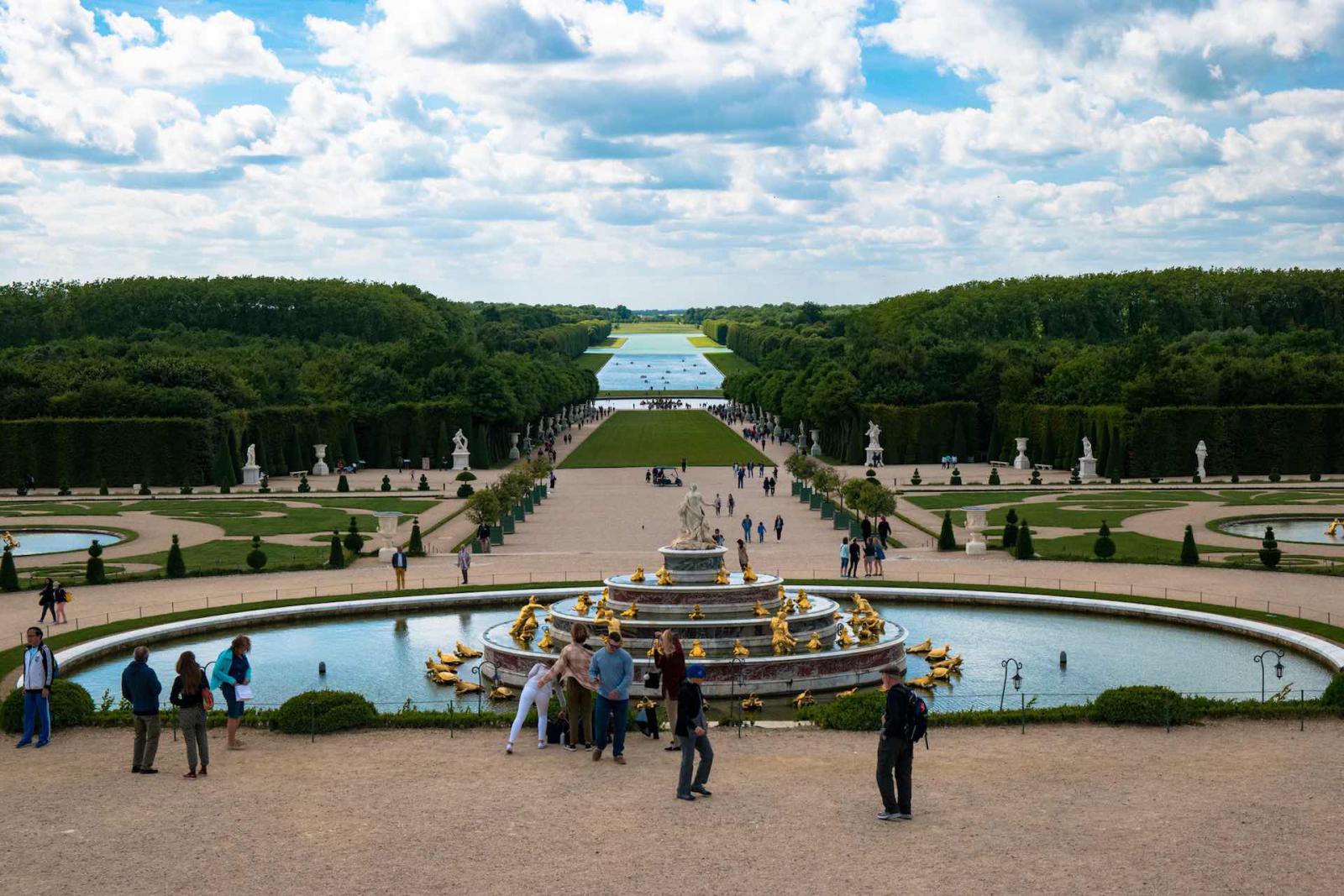 Marie-Antoinette's Armchair at the Petit Trianon

One of the things that amazes the most when visiting Versailles is the furniture. Imitated around the world, admired, the furniture of 18th century Versailles never stops to influence fashion. This pretty armchair was commissioned by Marie Antoinette to furnish her bedroom, and you will find it at the Petit Trianon. Last step of the treasure hunt!

It is part of a set decorated with ears of wheat, honeysuckle and jasmine that the queen ordered in 1787, just two years before the Revolution. It is possible that she did not enjoy it very long...

The vegetal decoration corresponds well to the rural inspiration that Marie-Antoinette wanted to give to the Petit Trianon. This castle was her refuge when the atmosphere of Versailles, stiff and starched, became too stuffy.

This is a space that Marie-Antoinette wanted to model according to her tastes: the refined simplicity is inspired by the fashion of the "Swiss chalet", which was raging at the time. Against the sophisticated sophistication of the Court and the corruption of big cities, many aristocrats aspired to a simple life - or at least a fashion that reminds them of what a simple life could be!

Indeed, we should not push too much anyway: this "return to nature" is especially evident on furniture sets very refined and comfortable! Even if the Hameau de la Reine farm worked well as a farm, Marie-Antoinette was never really a shepherdess, except to dress up ...

And to finish the visit: see Versailles differently

Contemporary photographer and artist Jean-François Rauzier made a startling bet: take thousands of photos of Versailles - and sew them together to get dreamlike views of the palace. Infinite staircases, kaleidoscopic galleries, maze libraries ... The result is breathtaking. He dedicated to Versailles a magnificent book, Hyper Versailles (found here).

In this video, the artist explains his technique as he applied it to the graceful lines of the staircase at the Hôtel de Ville in Versailles.